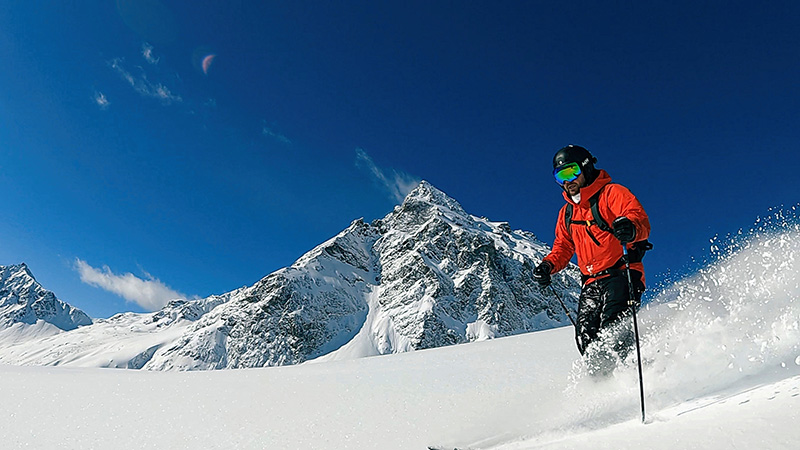 A very special and hopefully once in a lifetime ski season has come to an end.

I spent my last day of the 20/21 season doing some filming in Gargellen. Preview below.

While the lifts in Vorarlberg were running from Christmas until the end, hotels had to stay closed.

All of our clients that travel to the Montafon to train with us had to cancel and so I had a lot more time than usual to ski by myself.

Ironically the conditions were absolutely amazing and it felt more than weird how few people were on the mountains.

The lift companies did an absolutely great job in running the ski resorts covid safe and they could prove to all the critics that skiing can be done safely during a pandemic.

As skiing by myself doesn’t pay the bills I also worked hard in the office and could launch a new instructional video called Coaching Taka, which has been a great success.

Instead of coaching every day of the ski season, I had to spend a lot of perfect ski days in the office, but sometimes I could escape: Home Office Escape 2021 on YouTube.

Being off snow more allowed me to push my online business and so I coached a lot more skiers online and could produce more new content. The highlight was that I got featured by one of the biggest newspapers in Austria “Die Presse” as well as by the Austrian National Television – ORF at prime time. Video below.

It is great to get recognition for the online work and to see how coaching works like this as well, but I cannot wait to be back to coaching on snow again!

Sofa Ski Camp dates for Japan and Austria are live now and registrations are open. Once returning customers have picked their dates I will also open up private bookings, which will happen in early May.

Start your training now and come and ski with us!

SOFASKI.COM on ORF at Prime Time:

Visit the member area to find out how I filmed this shot. Fails included. 🙂

Filming Skiing with Action Cams – Behind the Scenes

Any cookies that may not be particularly necessary for the website to function and is used specifically to collect user personal data via analytics, ads, other embedded contents are termed as non-necessary cookies. It is mandatory to procure user consent prior to running these cookies on your website.

You have Successfully Subscribed!